Have you ever wondered why Lehi didn't run after Laman and Lemuel in his Tree of Life vision?
I never have.

Until tonight.  My spirit was struck by this thought.  What loving parent wouldn't run after their children when seeing them in danger?  Why didn't Lehi?  Had he written them off as "too far gone"?

Nah.  In 1 Ne 8:37 "He did exhort them then with all the feeling of a tender parent, that they would hearken to his words, that perhaps the Lord would be merciful to them and not cast them off."

He loved them.  His soul longed for them. He prayed for them.
And what else did he do?
He stayed by the tree, filling himself with light.

Lehi, in staying by the tree and partaking of the LOVE of God, was honoring his covenants.  And by so doing, was filling himself with light and drawing his children to him, invisibly inviting them with the most powerful option he had, the power of Heaven.

As he increased his personal level of discipleship he was inviting spiritual power into his life, and leading by example.

We are all so much more connected then we can discern with mortal eyes.

Have you tried the "MonKari" method of decluttering as described in the "Life Changing Magic of Tidying Up"?

I have.  And in the book she states that the best way to persuade a reluctant family member to join in the tidying process- to "buy" into the mindset- is to be an example.
To just do it.
Well, I tried this.  I sorted my closet and the top of my "half" of the dresser.  And sure enough, my husband came along and added his excess stuff to the discard pile.
The truly amazing thing was watching our children.  As I progressed to sorting the kitchen and linen closet they each began following suit, (without any comment on my part!) sorting out their dressers or toy shelves.
There was a subtle shift in the energy of our house- and it was contagious.  Every time I began tidying, someone else would start in their area.
The biggest surprise came as I tackled my "hardest" space- the Laundry/Craft room.  My "saver" son began in his room.  As I faced my biggest emotional hurdles, he took on his.  We both had a hard row to hoe emotionally.  In deciding what to keep and what to let go of, you are essentially deciding who you are and giving yourself permission to let go of former expectations and limiting beliefs and just BE who you are and to let your space reflect you.

His room was in a "hoarder" state and it was depressing.  Now, it is the tidiest room in the house.  And he told me he realized he was keeping all kinds of "stuff" he did not really need.  I let go of all kinds of fabric and craft projects that I am no longer interested in pursuing.  And now we both feel free to pursue interests that really interest us.

I hope that example illustrates, in a physical sense, how connected we all are.

When a loved one is struggling, it affects the whole family.

The key to is stay by the tree, partaking of the Love of God and shining that love upon your family.


"We should not let their choices weaken our faith." Robert D. Hales said. "The Lord's desire for us as parents is that we keep His commandments.  He has said: "Teach your children light and truth, according to the commandments...Set in order your own house...See that you are more diligent and concerned at home."

You'll want to make sure you aren't falling into the adversary's trap of complacency. Have a spiritual check-up with yourself.

Increase your spiritual power by being the most obedient, the best disciple of Christ you can be.  You can be a powerful light- when bursting with the light of discipleship- a light that can gently support and guide your struggling one back to the tree.

"Thus faithful parents can invite the power of heaven to influence their children."  David A. Bednar

We can't take away anyone's agency, or power to act for themselves, but if we are progressing forward, striving to move onward and upward, it may just provide the spiritual spark of motivation that could inspire similar action.
Tackling your "laundry room" packed with your hardest issues could be the inspiration your family member needs to take on their hardest issues. 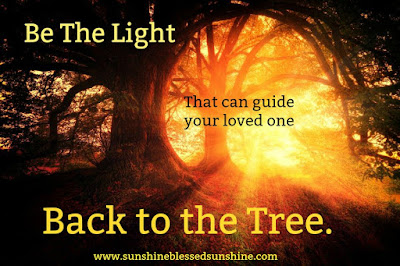 I know that no one can live on borrowed light, but sometimes, having a house full of light, available to anyone to lean upon, is enough to sustain a person until they are strong enough to gather their own light and follow the path back to the tree.


Read David A. Bednar's "Faithful Parents and Wayward Children: Sustaining Hope While Overcoming Misunderstanding".
And Robert D. Hale's "With All the Feeling of a Tender Parent:A Message of Hope to Families".

Posted by linnellbelle at 7:08 AM

Email ThisBlogThis!Share to TwitterShare to FacebookShare to Pinterest
Labels: Be the Light, Faith, Spiritual Check-up, Tree of Life

A Visualization: Find Healing through Jesus Christ, the Master Healer: Seeking the Face of the Lord 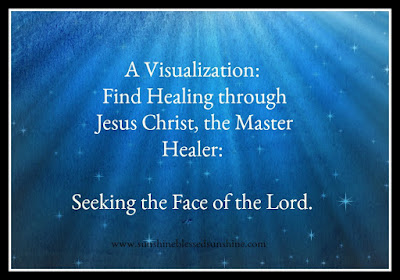 linnellbelle
Looking for Light? This is a space created purposefully to share light, music and thoughts. I am a member of the Church of Jesus Christ of Latter-day Saints and although I strive to live its teachings, these thoughts are mine alone. This is not an official site for the church. Please visit www.LDS.org or www.mormon.org